In the battle of Murten in 1476, the Thun fighters captured the jester of Charles the Bold (Karl der Kühne).  This jester, now known as Fulehung, is the most famous figure of the "Ausschiesset" in modern times. Equipped with a mask, "Söiblattere" and wood mallet, he chases the crowd through the alleys of Thun and distributes sweets to the children.

If you never had contact with him before, you should definitely do so next autumn...


On the trail of the Fulehung

The Fulehung is a fool figure who appears at the annual Thun folk festival, the Ausschiesset.

Legend has it that the Fulehung was the jester of Charles the Bold, Duke of Burgundy and Luxembourg. In 1476, at the battle of Murten, the Thun fighters are said to have succeeded in capturing the jester. In Thun, it is said, they then drove him through the alleys until he collapsed. Unfortunately, there are no confirmed reports from this time.

In the 18th century the jester reappeared in the chronicles. He was the pointer of the rifle association and wore a jester costume on special occasions. In the shooting range he kept peace and order with a bunk, a truncheon. With jokes and jokes he entertained the society in the evening at the marksmen's banquet.

In 1776 the jester was then abolished and his dress auctioned off. Since he always wore only a cap but never a mask in the pictures from this time, it is not known whether the mask was also there at that time.

In 1840 there is another hint; the "Seckelmeister" had a jester dress repaired. At the shooting set in 1855 the fool was surely present, equipped with a clamp cap and piston. However, he was not called Fulehung, but "Bajäggel" (Bajass). Shortly afterwards he was again abolished by the school authorities and in 1864 he was reintroduced by the shooters - now with the devil mask. Where this originally came from is unknown. The original mask belongs to the Cadet Commission and is now kept in Thun Castle.

Around the year 1900 the fool then received the today's name "Fulehung". Originally a mockery (lazy dog), the former name "Bajass" was replaced by it in the course of time.

In 1901 the cadet commission decided that the Fulehung was only allowed to appear at the processions and then had to disappear again. It is said to have not appeared for several years because of the brutalization of the youth. But the tradition still prevailed and since then the Fulehung has not been missing any committee set.

Since about 1960 his work in Thun has been limited to the city centre. At the imposition set processions and at the Gessler shooting of the cadets, he exercises his old functions as a steward and platform master again. Besides he chases the crowd with "Söiblattere" and "Schyt" through the alleys and distributes sweets to the children.
His name does not reflect his activities at all, because Hung is not at all lazy; he completes an immense amount of running during the imposition set and must know his way around the alleys of Thun's city centre.

This website, including reminder service, is privately operated and financed. Why don't you buy the operator a coffee? 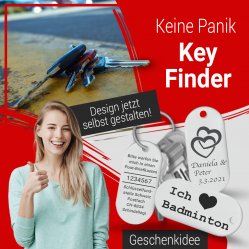